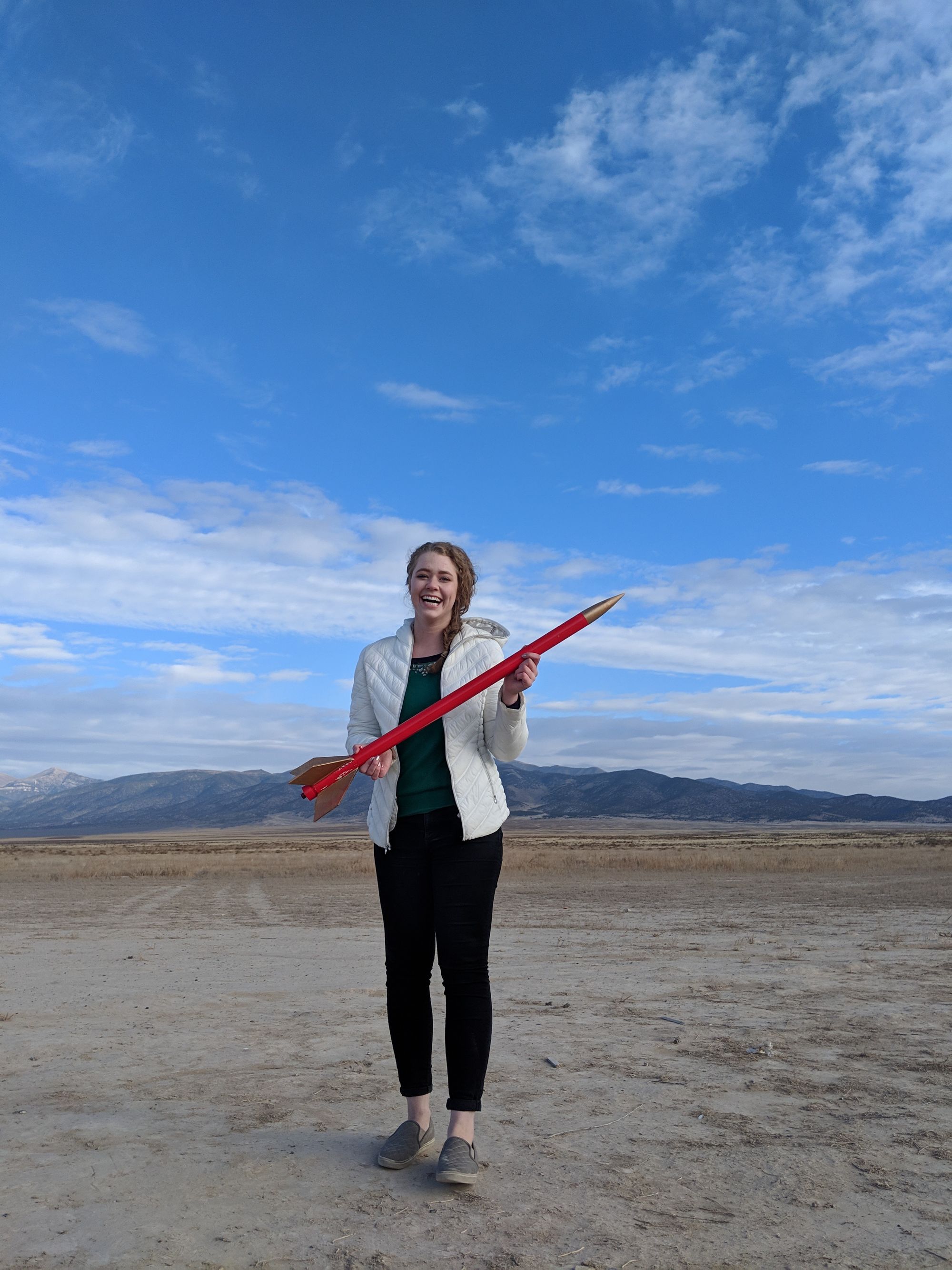 When I entered a competition through the BYU Rocketry club a little over a year ago, I was more than a little hesitant. I had just been accepted to the professional mechanical engineering program and I was starting sophomore classes. I had never built a rocket before, and I wasn't sure what demands the club would make on my time, which was already in short supply.

And then I took a deep breath, signed up, and went for it. I formed a team with one of my classmates, and designed and built a little rocket with an acquaintance who has since become one of my closest friends. And then, one very chilly fall day, I flew that rocket. I swear I held my breath from the moment it launched until the second the parachute deployed. As soon as it did, I was flooded with relief and pride. As I walked over with my teammate to retrieve our rocket, I realized that I didn't want my association with the BYU Rocketry club to end. I wanted to do the whole thing over again, but better. And I wanted to keep on doing it.

Since then, I've launched a second rocket, become a payload engineer for one of the club's high-power teams, and joined the auxiliary leadership for BYU Rocketry. Turns out, the club makes a lot of demands on my time. And it's so worth it.

Note: I received my NAR Level 1 Certification in August. It was my first dual-deployment rocket, and I failed catastrophically the first time I launched it. You can read about that experience (and what I learned from it) here.