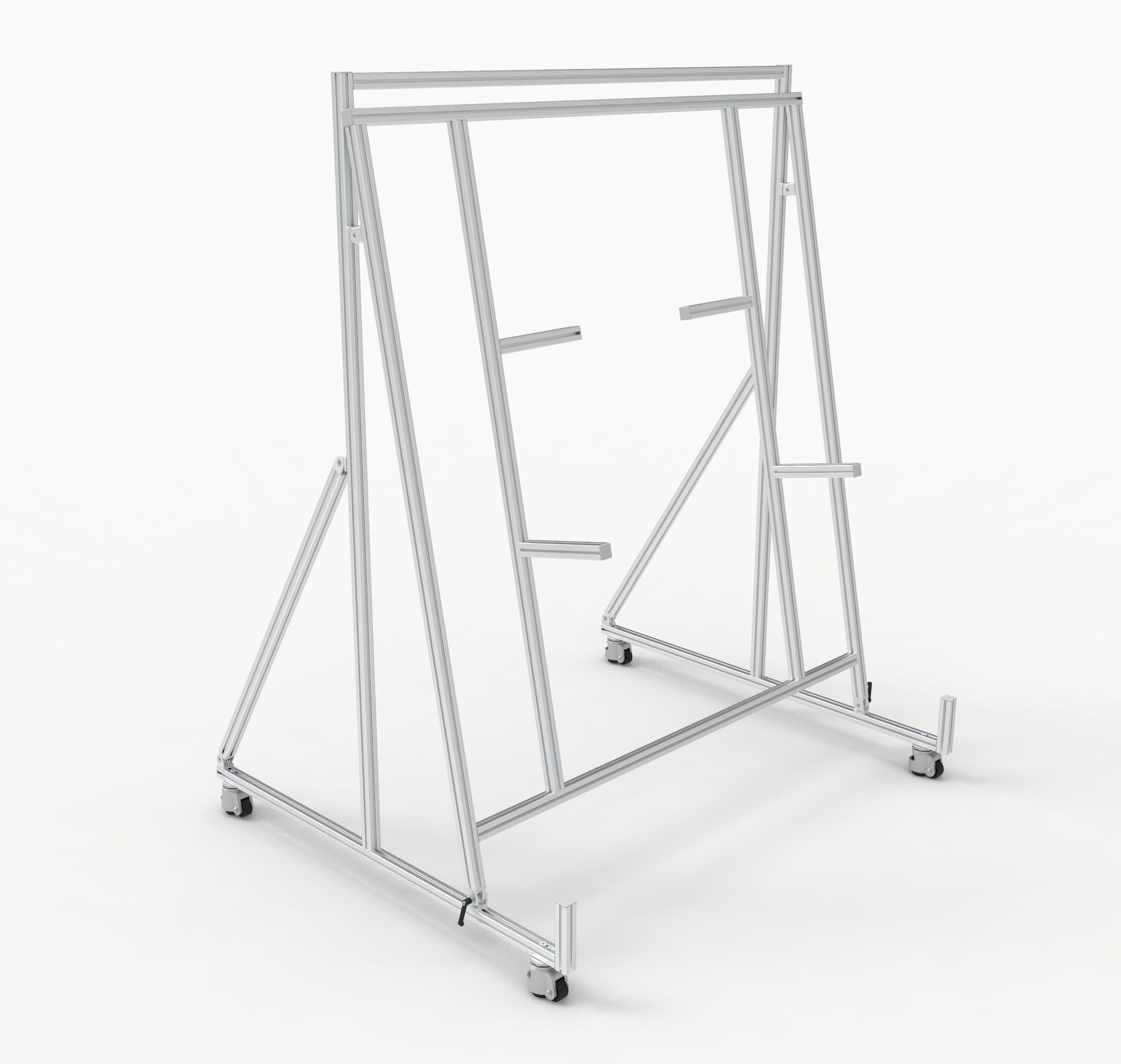 This spring, I interned at Delta Technology in Tempe, Arizona. During the internship, I worked on two major projects.

First, I designed a stand for the safe and efficient assembly of large electrical panels. Here's an overview of my design process, along with some renders of the design.

The inspiration for the design was a leftover frame from a mattress palletizer that had previously been used to assemble large electrical panels. The frame wasn't meant for that purpose, and so it was both difficult to access (workers had to step over pieces of the frame in order to reach the panel), and insecure (there was no good way to secure the panels to the frame, so zip ties were used as a makeshift solution).

Knowing that Delta was soon going to need to assemble more large electrical panels of varying sizes, I was asked to design an adjustable frame that could securely support panels in a way that made them easily accessible for assembly.

Secondly, I helped begin the design for an add-on module to a coffee packaging machine. I began working on this a few weeks after I began the panel assembly stand. I shared the project with another intern who was able to stay at Delta after my internship ended, so my work on the design was only preliminary.  A lot of my time was spent designing an enclosure for the safe operation of a laser printer that would code each cup of coffee with the date of manufacture. Below are some more details about the project as it stood near the end of my internship.